A simple start in a small town, Dean was the youngest to be born into the working class family of four. Raised in the black soil and buffel grass of south-western Queensland, Australia. Always harbouring an inner rhythm that later grew into lyrics and melodies. Inspired from his parents vinyl and cassette collection. A level of isolation was present throughout Dean’s childhood living on cattle and sheep farms. “I spent a lot of time on my own as a kid, playing in the paddocks/fields”. “I believe that’s where my creative mind began to develop” Dean’s parents played instruments and were a big influence on his introduction to music.

Dean has worked hard at his craft, writing, touring and honing his talents. He has performed countless headline shows, touring both nationally and internationally since making waves in the public eye back in 2014.  His debut single “Coming Back” hit No. 1 on the iTunes Singles Chart with Platinum status, and his self titled album achieved Gold status.

Dean’s latest project, ‘4TRAK Sessions Volume One’ is his 3rd studio album and brings a collection of stories to his audience in a way only Dean Ray can. “I got caught up in what other people wanted from me and what may have worked on radio, that I forgot about the soul of music. I had to strip it all back to the bare minimum, removing all the noise and find who I am in the tracks.” The ‘4TRAK Sessions’ are inspired by the simplicity of the 80’s 4 track tape recorders giving the listener a truly authentic experience. 4TRAK Sessions Volume One was released on Friday 4 September 2020.

Dean’s earlier single “Simple Things” was included as part of the soundtrack for a groundbreaking Australian film, “The Show Must Go On”, dedicated to raising awareness for the incredible struggles by Artists in the Australian Performing Arts communities. 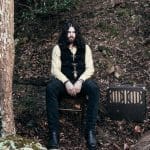 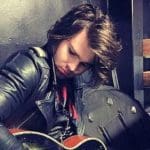 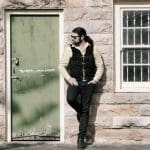 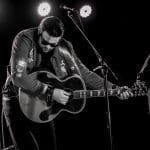