Eighties Recall is a Sunshine Coast-area based party band playing your favourite hits from the 80s ERA + a few songs that where too close to leave out. Chris Reynolds (Vocals) Peter Field (Guitar/Vocals), Sean Taylor (Bass), Greg Freeman, (Keyboards/Vocals) and Robbie Penman (Drums/Vocals) bring to life beloved songs overlooked by most of the retrospective bands out there today.
“We are filling a void, playing songs that have been largely ignored by bands that I’ve seen at local festivals, parties, or bars” says Chris. “I don’t think they know how to approach these songs, or else they don’t think that there is an audience that wants to hear them. Our experience playing them for our rapidly expanding audience over the last year strongly suggests they are wrong”.
We like to tackle some songs that weren’t necessarily #1 hits but can in no way be referred to as obscure or underground tracks from artists like INXS, Martha and the Muffins, Icehouse and Mondo Rock
…the groups that have transcended their genre to become the most enduring acts of their time are all well represented in a “Eighties Recall” set list.

“Pretty much anyone who is into music or who has subsequently developed a taste for this ERA will recognise most of our set”
“People have been pleasantly surprised at our shows because we are doing fun, upbeat songs that they love that they have NEVER heard a cover band perform for them before. And we are approaching them with an attention to detail that I can definitely say is unique to “Eighties Recall”
What does that mean, exactly?
“In addition to 4 guys bashing it out on guitar, drums and bass, we incorporate synths/keyboards, on some of our set which really kicks it up a notch and is the icing on the cake.” Greg Freeman has put in countless hours recreating the signature synth sounds from these songs; the ones that make them recognizable within seconds of hearing the song, so that they can be triggered live. “It brings an authenticity to our performances of these songs that really excite the audience”, he says. “It’s what sets us apart from the rest.”

“A lot of thought has gone into creating a very balanced set. Just when you need it, we hit you with Dragon, Sunnyboys, or the Angels, so keep your air guitars handy.”
2019 is looking set to further the objective of expansion. Eighties Recall want to take you on a trip back. Dance all night, dance if you want to, dance in the dark, dance into the fire… Whichever was YOUR dance back in the day, be prepared to dance it once again. 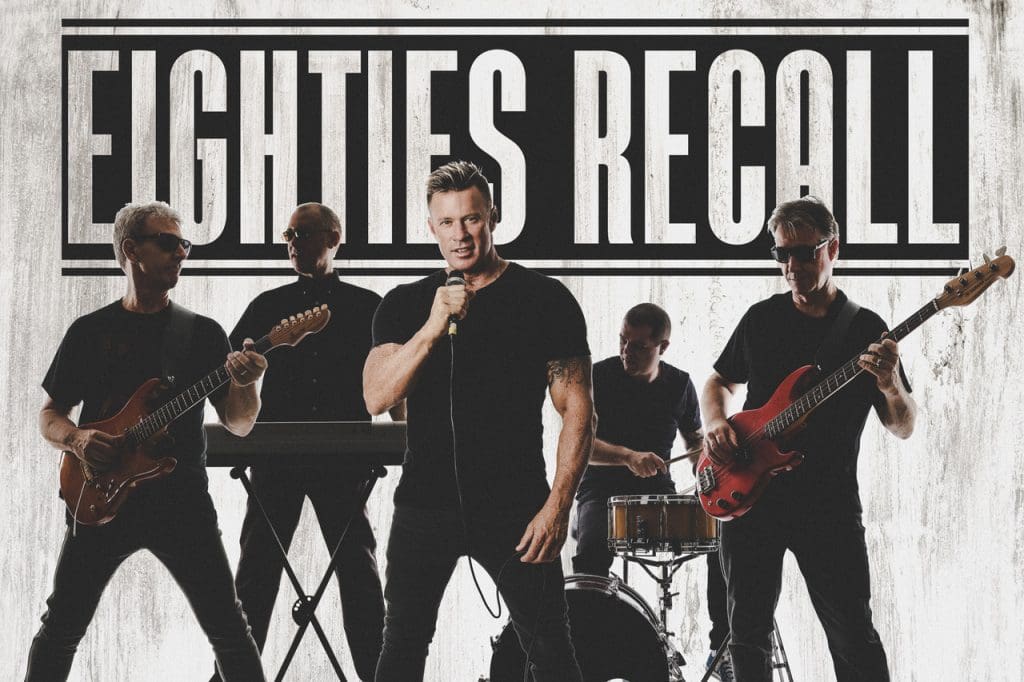 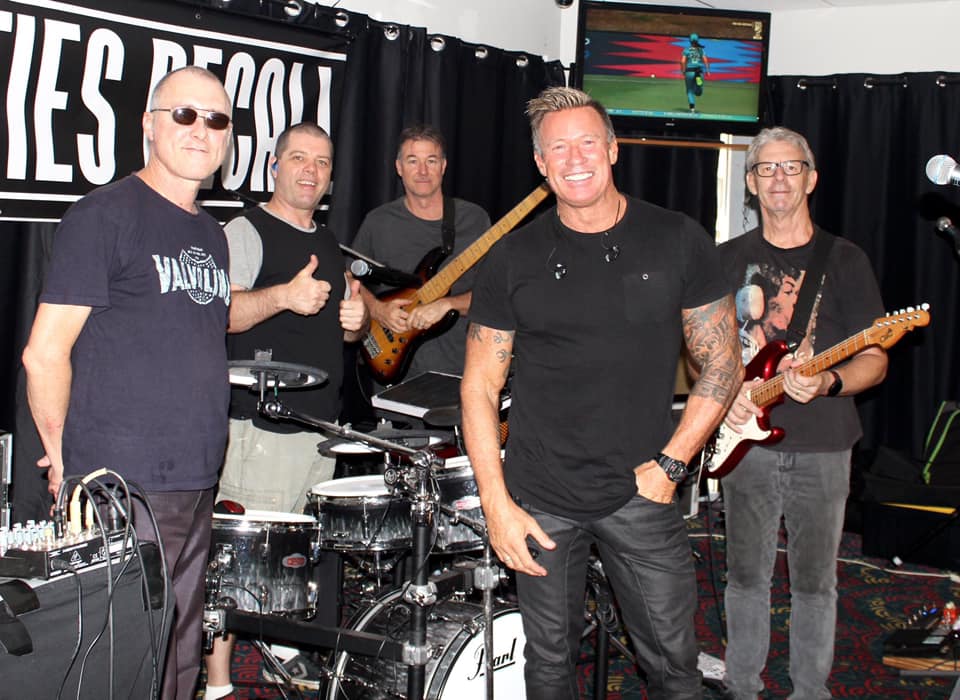