“…enough radio-friendliness at play to threaten a real crossover to the mainstream.”

“…sounding like Kate Bush mixed with Alanis Morissette with a sprinkling of Kate Ceberano and Kasey Chambers, you are in for a journey of music euphoria. The feel of “My Queen” is one of homage to the great female rock albums of the 90’s dragged dazzlingly into 2017. “

“It might have been 20 years since Diana Anaid kicked down the doors with her debut single, I Go Off, but the years haven’t dimmed the effusive energy- My Queen rocks! Diana practically bursting out of her skin as she reaches that much further, higher, deeper trying to express the idea, the emotion.”

“The spirit is honest, heartfelt and pleads with listeners to, well, listen…”

“It’s a bold vision to encompass, but one suited to an artist of Anaid’s pedigree. Her command of rhythm, lyric, and melody are as strong as ever on My Queen, whether it’s on the heartsick ruminations of Cant Apologise or the ruthless Wish You Well. Better Girl holds completely true to the album’s modus operandi- if you told me that it was released anytime between the 1970s and today, I wouldn’t bat an eyelid.”

“My Queen stands up as one of the best records I’ve recorded. I’ve got a short list of 10 of the hundreds of records I have worked on, including The Screaming Jets, Monty Python’s – The Rutles, Toyah Wilcox, Weta, The Rumjacks and now My Queen has been added to that list.” Steve James (producer) 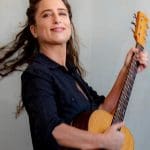 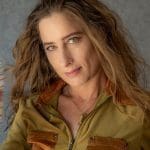 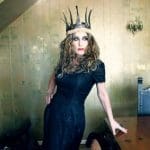