Glen Matlock is an English musician best known for being the bass guitarist in the original line-up of the punk rock band the Sex Pistols. He is credited as a co-author on 10 of the 12 songs on Never Mind the Bollocks, Here’s the Sex Pistols, although he had left the band by the time the record was released. He also continues to make his own records and tour with various bands, including the Sex Pistols.

Matlock rejoined the original Sex Pistols members for reunion tours in 1996, 2002, 2003, 2007 and 2008. He played bass guitar and sang for a time in the bands The Philistines and The Flying Padovanis. He toured with a loose collective of punk and post-punk stars, Dead Men Walking, which included Mike Peters of The Alarm, Kirk Brandon of Theatre of Hate and Spear of Destiny, and Pete Wylie of Wah! He is now a member of Slinky Vagabond with Earl Slick, Clem Burke, and Keanan Duffty. Slinky Vagabond played their debut concert at the Joey Ramone Birthday Bash in May 2007. One newspaper, comparing the current lifestyles of the Sex Pistols, wrote: “Only original bassist Glen Matlock remains touring with his own band, an irony given that he was sacked for being too conservative”.

In January 2010, Glen Matlock reformed the Rich Kids for a one-off benefit concert in aid of Steve New. He was joined on stage by original members Rusty Egan and Midge Ure, as well as Mick Jones of The Clash and Gary Kemp from Spandau Ballet. New died of cancer on 24 May 2010.

Matlock joined a reformed Faces, playing at the Vintage at Goodwood festival near Chichester in August 2010. In April 2011, he stood in for Mani playing bass for Primal Scream at the Japan Tsunami appeal concert at Brixton Academy in London.

In late 2011, Matlock joined Clem Burke, James Stevenson and Gary Twinn as part of a group known as The International Swingers. The band, based in Los Angeles, toured Australia and also the US west coast on numerous occasions. Glen also played bass on their self-titled album funded by a Pledge Music campaign.

In 2012, Matlock made his acting debut in British drama film The Paddy Lincoln Gang, performing a docudrama scene at a live Faces concert.

On February 2016, it was announced that Rich Kids will reform for a joint headline show with The Professionals at London’s O2 Shepherds Bush Empire for May 16. 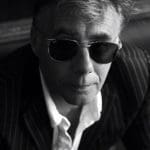 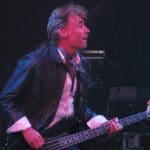 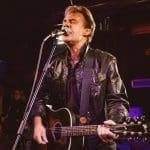 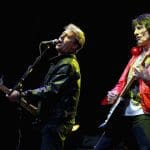