Joel Turner is undoubtedly one of Australia’s most talent artists combining Beatboxing (which he is world champ) add amazing guitar skills and a killer voice!! We will be posting gigs and the latest in joels adventures on this page so stay tuned!! After exploding onto the music scene during Australian Idol 2003, Joel Turner, joined by the Modern Day Poets (his brother Dub LT and their cousin C4) have been in the spotlight ever since and have been the voice of Australian youth.

The unforgettable single “These Kids” was written from personal experience by the group and debuted at #1 on the ARIA singles chart. It was the #8 best selling single for 2004 reaching Double Platinum status and made Joel the most successful Australian singer/songwriter in the singles chart that year.

The self-titled Joel Turner & The Modern Day Poets album was released in November 2004 and was hailed by Beat Magazine as “the most accomplished and shockingly brilliant debut of 2004”. Guests on the album included boxer Anthony Mundine rapping on a track called “Knock You Out” which was the 2nd single released from the Gold selling album and reached #14 on the singles chart. Other successful singles included “Funk U Up” and “Respect” which remained Top 10 in the Independent charts well into early 2006

Throughout 2005, Joel continued to appear on many television shows and in numerous magazines (including WHO magazine’s list of most interesting people of the year). The album continued to chart successfully for Joel and MDP, and finally achieved Platinum status, proving to music critics and the industry alike that Joel was more than just an idol artist.

In September 2005, Joel won the title of World Beatbox Champion in Germany and holds the title to this day. He was also nominated for three ARIA Awards and two APRA Awards.

Joel has a massive profile online with his various beatbox performances and video clips attracting a huge viewing audience across the globe via the Youtube phenomenon – including his original Australian Idol audition which has enjoyed over 3 million views.

One of the biggest success stories in Australian music this decade, Joel Turner returned in triumphant style towards the end of 2007 with the catchy urban homage to his hometown, Brisbane titled “City Of Dreams”, the first single from his current album “Out Of The Box”. The single & album show the incredibly diverse musical talents of Joel; playing guitar, producing, singing and of course showing off the beat boxing skills that made him world champion, a title he still holds today and which he will defend later this year. The single “City Of Dreams is accompanied by a super-slick video clip shot on location in Brisbane, featuring Joel and his crew highlighting elements of the hip hop life style that drives them. With appearances from C4 and KNO, the clip is a jubilant celebration of urban culture and their love for the city that nurtures it.

The “City Of Dreams” clip is also accompanied by a 15 minute documentary directed by local film maker Benjamin Samuel Broso showing Joel in another light; reminiscing about growing up in Acacia Ridge, and talking in a relaxed setting about the new album and the song writing and recording process. It provides a fascinating insight into the creative enigma that is Joel Turner and is sure to inspire his legions of dedicated fans and convert many more to the cause.

The sensational new album ‘Out Of The Box’ was released under hip hop label Hardwax and features appearances from the likes of De La Soul, Mystro, Preech, the Modern Day Poets and more. 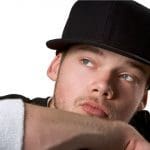 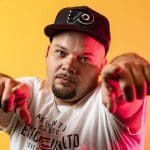 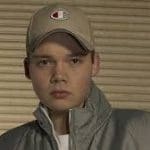 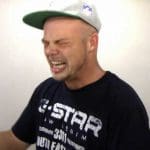