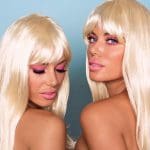 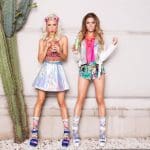 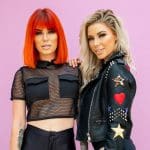 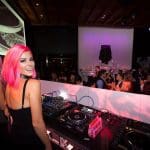 After being shot into living rooms around the country in 2010, starring in ‘Beauty and the Geek’, The Twins were thrown straight into confidential and social pages across the country. Party girls Brooke and Ellie Kelaart made clubs around world their playground, until they grew tired of being on the other side of the decks and ended up spending countless afterparties and kick-ons behind the mixer, trying to match, then top the DJs they partied with the night before.

The Twins exploded onto the club scene with their signature bass heavy, main room party sound in 2011, keeping the shots coming and hands in the air ’til the early hours, at every nightclub, racecourse, festival, pool or bloc party they played and were signed to iconic dance music agency Ministry of Sound alongside the country’s leading electronic talent.

Already clocking serious studio time with some of Australia’s biggest producers, Hitting #1 on the Australian Dance Chart alongside Bombs Away with PARTY BASS and their debut track BODY with Israel Cruz hitting top 20 in the charts, the girls then went on to release their Solo Banger ‘The Twins – Coming Home” which gained huge momentum and kept them at the forefront of Australian clubbing. In 2017 The Twins released ‘Young & Restless’ featuring The Voice finalist Jesse Teinaki which yet again saw success and a national club tour to support it.

Hosting one of the country’s biggest radio shows ‘Party People’ every Saturday night, The Twins began developing a global fanbase and hit the road with international touring, headlining nightclubs and brand events in China, Canada and India to name a few. Balancing this with domestic touring, the girls took centre stage in the corporate events scene where they continue to work with countless brands as DJs, ambassadors and social influencers thanks to their hefty social media following and been the talent on campaigns for Bondi Sands, BlackMilk, The W Hotel and Virgin Airlines amongst many, many others.