I’ve always loved performing and listening to live acoustic entertainment… the anticipation and excitement as you approach a venue to perform or for a night out!

That unmistakable sizzle and warmth of an acoustic guitar and seasoned vocals.

Guaranteed, there will be a musician threading together a performance for all to enjoy, knowing that during their time on stage the crowd will unite.

Since the late 1990’s I have performed throughout Qld and NSW at Premier inner-city venues such as Irish Murphy’s, The Victory and Stock Exchange Hotels, at Gold Coast hot spots such as Jupiter’s Casino, the Coolangatta and Broadbeach Hotels and the Wharf Tavern on the Sunshine Coast just to name a small few!

I’ve been a professional musician since the late 90’s, so there aren’t many places that I haven’t played at!!

Residencies on Hamilton Island and entertaining players and members before and after Broncos games at Suncorp Stadium.

I’ve enjoyed many adventures to The Overlander and Barkley Hotels in Mt Isa. I’ve played at car rallies and rodeos in far Western Queensland towns like Windorah, Charleville, Dalby and Kingaroy.

For over a decade I was the go to entertainer in several venues in Brisbane’s Caxton St precinct. Before and after State of Origins and weekly NRL games, Queensland Reds and Wallaby games, boxing matches and Brisbane Roar Soccer games, not to mention before during and after many concerts, events and festivals.

Corporate functions, sales events, launch’s and award ceremonies plus many weddings and birthdays ranging from 18ths to 70ths.

Over the years I’ve developed a sizable list of songs, so there is something for every occasion.

My play list covers songs from the 60’s, 70’s, 80’s, 90’s and 2000’s, to current mainstream tunes that we all know. Surprises you may not expect and some of the more popular country songs if the situation allows.

It’s worth knowing that I have performed alongside the iconic country music legend Troy Cassar-Daly on the Brisbane Entertainment stage and supported Pseudo Echo and several well-established bands.

I am a dedicated, self-sufficient and unique performer that people rarely forget.

My performance can suit any occasion. I can be powerful and uplifting or I can easily adapt to a quieter setting to suit those more intimate situations.

I look forward to entertaining. I’m always approachable, professional and accommodating and I genuinely see each performance as an opportunity to entertain and a privilege. 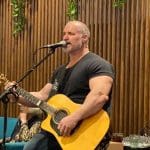 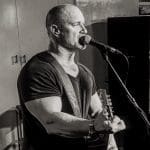 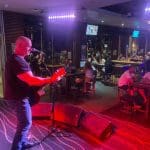 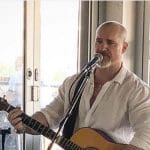 Brothers Leagues Club Ipswich@BrothersLeaguesIpswich
Read More
Mick has a great repertoire that keep our crowds happy, singing along and dancing. Love him!