Harry J Hart has a voice that melts hearts and delivers guitar licks that melt faces.

The 2018 Bluesfest Busking Comp Best Overall Guitarist and Queensland Music Awards Finalist was just 14 when named alongside Amy Shark as a Gold Coast Musician to Watch. Since then he has hit #1 on the Triple J Unearthed charts with a school assignment demo of his upcoming single.

Keen to develop his craft, Harry headed to LA in January to train under Tom Morello (Rage Against the Machine), Nuno Bettencourt (Extreme) Bibi McGill (Beyoncé & Pink) and other guitar royalty.

​Having shared the bill with Tones and I, Casey Barnes, Rick Price, Adam Brand and Daniel Champagne, Harry J Hart is turning heads whenever and wherever he takes the stage.  Having scored a spot at Bluesfest for 2018 and 2019, JBeavis of Starving Kids wrote, “Harry J Hart is a young fella but has some serious singing and guitar chops. Whether he plays with a full band and cuts sick or by himself, you need to check him out.” 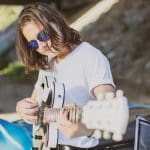 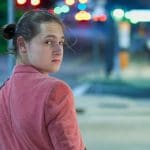