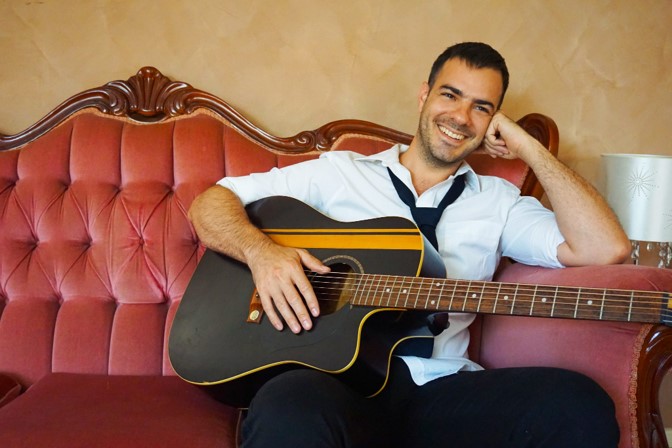 Australian singer-songwriter JASON FICHERA paints a musical canvas from crafting intimate stories embroidered with powerhouse riffs and raw emotion. Armed with a voice that soaks through the listener, his music has an intrinsic and emotional pulling power all framed with an infectious pop twist.

Eager to continue momentum, the acoustic pop/rock outfit gained International recognition as he was selected to represent Australia at the 17th Annual World Championships of Performing Arts (WCOPA 2013) held in Hollywood, California. Jason surpassed contestants from over 50 countries to take out Overall Division winner for Pop music. He also received top honours for his original work and vocal categories taking away 10 medals (2xGold,4xSilver, 4xBronze) for his intrinsic style of song writing and vocal power.

In 2014, Jason entered the studio to record his debut EP – Past. Present. Future before embarking on his first international tour across America, Europe and the UK. The EP spawned several immense singles including the pop ballad ‘Just for a while’ which made an immediate and undeniable impression gaining regular radio airplay globally. His follow up songs ‘Save me’ and ‘Maybe someday’ continued to build momentum for the Australian pop/rock outfit growing in popularity for its unique commercial sound.

Upon completion of his global tour, Jason relocated to London where he continued to build a a solid reputation in the capital playing various UK festivals and prestigious gigs including a performance for the Queen’s Royal Guard. His instantly recognisable song writing gained further accolades after being shortlisted for the International Song writing Competition. In 2017, Jason was awarded a RADF grant to contribute towards the recording of his latest album ‘Chase the sunset’ as well as being selected to play at the Caloundra Music Festival. 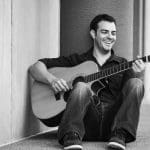 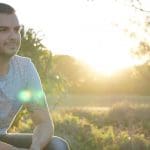 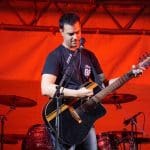