Stephen Dorrington is a tenacious, passionate and hardworking writer, musician and performer. His music pushes boundaries and genres from folk to grunge.

Stephen recently released his debut ep (Stephen Dorrington 1987) it has achieved album of the week on ABC Brisbane, featured on 4zzz Brisbane and Stephen was artist of the month on Logan radio. The ep was recorded at airlock studios and produced by Konstantin Kersting (belligerents) the ep also received a 3-star review in The Music.com.
Stephen has been involved in many projects and has performed and written music with James Morrison. Featured in an SBS documentary (The Logan project) performed in front of audiences of over 7,500 people had a three metre portrait painted of him. Has written a cabaret (Pubaret) and toured it around the country. Stephen has twice been nominated for best actor for his theatrical performances. Has featured in newspapers, magazines and online media (The Music, Scenestr, The Australian, The Sydney Morning Herald, Blank Gold Coast etc.) Stephen has performed in a backing choir for John Farnham.
Stephen has performed at QPAC in front of 2,000 people, has been recognized as an agent of change in Logan for his contributions to performing arts in Logan and recently launched his ep with a rock band, backing singers, a choir and dancers. Stephen performs regularly throughout South east Queensland 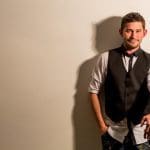 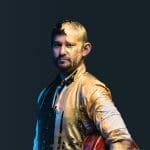 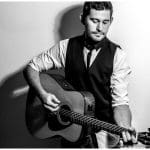